Alma’s Pond, a new supernatural thriller based on one of the most popular short stories from best-selling author Bruce Coville, joins the selection of short films competing at this year’s edition of the prestigious California-based international film festival taking place this November.

Bruce Coville is the creative force behind dozens of global best-sellers including Aliens Ate My Homework, Into the Land of Unicorns, and Jeremy Thatcher, Dragon Hatcher.

The San Pedro International Film Festival was founded to celebrate the diverse culture and community of San Pedro with a wide spectrum of independent films, documentaries, and shorts. SPIFF is committed to exhibiting films that embody inspiring entertainment for all. SPIFF focuses on works that express fresh voices and differing global perspectives, with the intent that these films enlighten audiences while providing invaluable exposure for filmmakers, local and international. This year’s edition of the festival will be streaming online, allowing film fans around the world to experience the competing films from the comfort and safety of their home.

Alma’s Pond is the story of young Margaret, a frustrated twelve-year-old who’s run away to her Aunt Alma’s mountain cabin to escape her parents’ constant arguing. Together the two unravel the mystery behind an occurrence that haunts their family and is as heartbreaking to Alma as it is to Margaret.

Producers Roger Lay, Jr and Eric Carnagey previously collaborated with Coville on Universal’s family comedy Aliens Ate My Homework and its sequel Aliens Stole My Body. Commenting on his continuing collaboration with the producers, the best-selling author says: “I was bowled over by the beautiful and sensitive recreation of my story ‘The Thing in Auntie Alma’s Pond’ that Roger and Eric managed in their film version of the story. I am delighted beyond measure that it will be represented in the San Pedro International Film Festival.”

“We are delighted to continue this fantastic journey with Bruce”, adds director/producer Roger Lay, Jr. “We’re thrilled to have an opportunity to delve deeper into his imaginative body of work. As life-long fans of his stories, all of us at LCE could not dream of a better sandbox to play in than Bruce’s wondrous literary universe”. LCE’s founding partner Eric Carnagey shares the sentiment, “As filmmakers, always aiming to tell stories that can entertain and engage the imagination, it doesn’t get any better than this tale from an author that has been inspiring readers across the globe for decades.”

More details regarding this year’s online edition of The San Pedro International Film Festival will be released shortly. For updates visit www.spiffest.org and www.laycarnagey.com in the coming weeks. 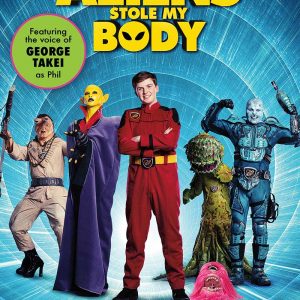 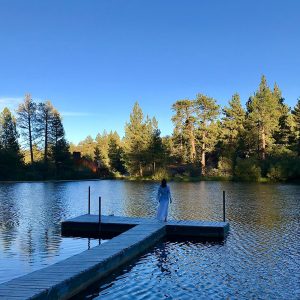