“Aliens Ate My Homework,” a new movie based on the best-selling book of the same name by Syracuse-based children’s writer Bruce Coville, is now available on DVD and Video on Demand.

“Aliens Ate My Homework,” featuring “Star Trek” actor William Shatner as the voice of Phil the Plant, follows a tiny alien spaceship that crashes into the bedroom of 12-year-old Rod Allbright (played by “The Shape of Water” actor Jayden Greig). Phil, a talking plant, and his Galactic Force recruit Rod and his cousin Elspeth (Lauren McNamara) to help save Earth from being destroyed by an evil alien posing as a human.

The live-action family film, rated PG, was released on DVD and VOD on Tuesday, March 6. The DVD is currently selling for $13.99 on Amazon, where you can also rent it for $5.99; Redbox customers can rent it at area kiosks for $1.50.

Coville told syracuse.com in August that the movie will eventually be available on streaming services like Netflix and Amazon after its straight-to-DVD release.

This isn’t the first time one of Coville’s stories has been adapted for the screen — “I Was a Sixth Grade Alien!” (also known as “My Best Friend is an Alien!”) was a TV series that ran for two years in the UK, Nigeria and Australia — but getting a big name like Shatner is another career milestone.

“I nearly went out of my skin when I heard my name come out of William Shatner’s mouth,” Coville told syracuse.com in August.

Shatner, best known for playing Captain James T. Kirk, told the Toronto Sun that he was drawn to the project because his friends Judith Reeves-Stevens and Garfield Reeves-Stevens, whom he’s written books with, penned the script for “Aliens Ate My Homework.” Coville said Shatner playing Phil the Plant meant the script had to be re-written to include lines that sound funnier when Shatner says them.

“I’m not a plant, man. A plant is a lowly creature. I play a tree!” Shatner joked to the Sun.

The DVD also includes special features highlighting the special effects in creating the aliens, interviews with Coville and the cast, and an on-set visit by Coville.

“I was gobsmacked by what I saw out there,” he told syracuse.com. “Basically I was being hugged by a living, breathing character that I created more than 25 years ago.”

The “Aliens Ate My Homework” book, released in 1993, is the first of four in Coville’s popular “Rod Allbright and the Galactic Patrol” series. Coville’s books have sold 17 million copies and been translated into 16 languages.

Coville, who also runs an annual Halloween story contest for Syracuse.com | The Post-Standard, said last fall that work has already begun on a script for the series’ second book, “I Left My Sneakers in Dimension X.” But Coville said there’s no guarantee the sequel will be made.

The “Aliens Ate My Homework” DVD has received mixed reviews so far, but one critic emphasized it for parents — especially “Star Trek” fans — to watch with their children.

“It’s a cute and fun movie to watch with your kids,” one review said. “It did have a ‘Star Trek’ vibe with the aliens having the same look as the ones from the TV show and films… This film brought me back to my childhood.” 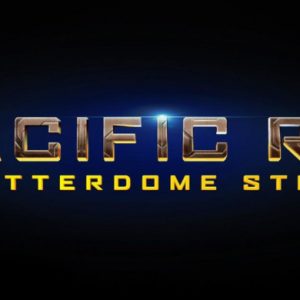